Stephen was nervous about his pre-wedding shoot with Julian. He and Julian are both self-assured, charming men but Stephen just did not feel comfortable in front of the camera. The truth is, nobody does. It is unnatural at first to have the lens focused on you. The shoot took place at the same venue as the wedding itself and as we spent time taking photos and talking about their plans for the day, Stephen soon relaxed and we were able to capture some beautiful intimate moments. As this was the first time that I had met Stephen  and Julian it was a great opportunity, not only to capture some beautiful images, but also to get to know each other before the big day.

Wedding in an Unusual Order

Stephen and Julian’s wedding followed an unusual timeline which suited the day perfectly. The couple walked down to Appuldurcombe House from their adjoining accommodation together. They were greeted by their guests at a drinks reception on the lawn. Their wedding breakfast was served in the main hall before their ceremony took place.

The ceremony was romantic and beautiful in a stone walled room bedecked with trees and accompanied by violin. A colourful, festival like vibe permeated the great house, with balloons and brilliant outfits. An incredible Serbian Roma Gypsy Band called Faith i Branco performed throughout the afternoon on the lawn.

On their wedding day Stephen’s Mum was a little poorly and sadly missed the group photos. So yesterday, one year after their wedding, we returned to Appuldurcombe House to recreate the day. The grooms and Stephen’s family wore their wedding finest. We spent a happy half an hour taking some new group shots.. 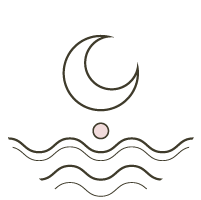 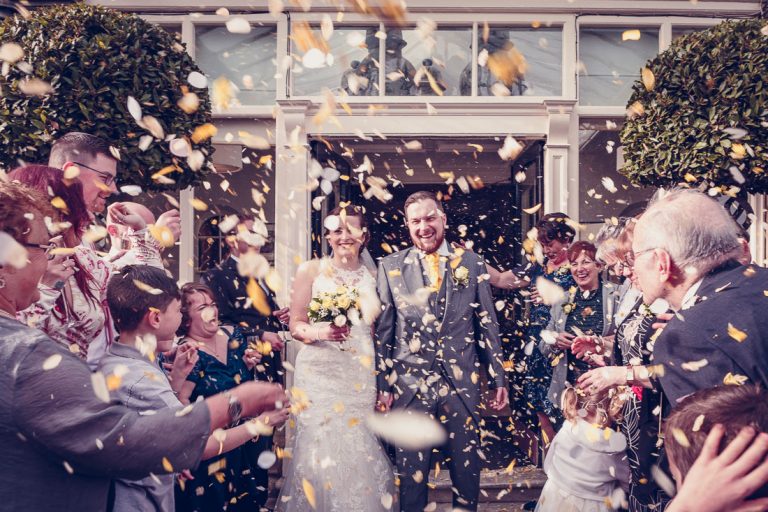 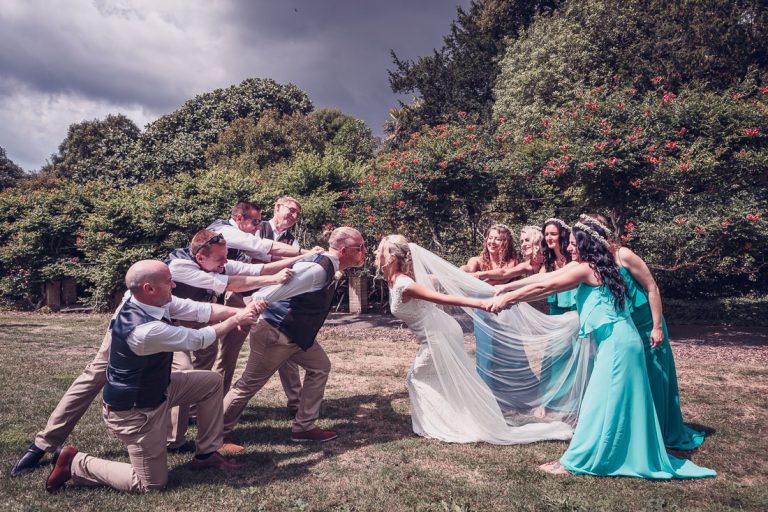 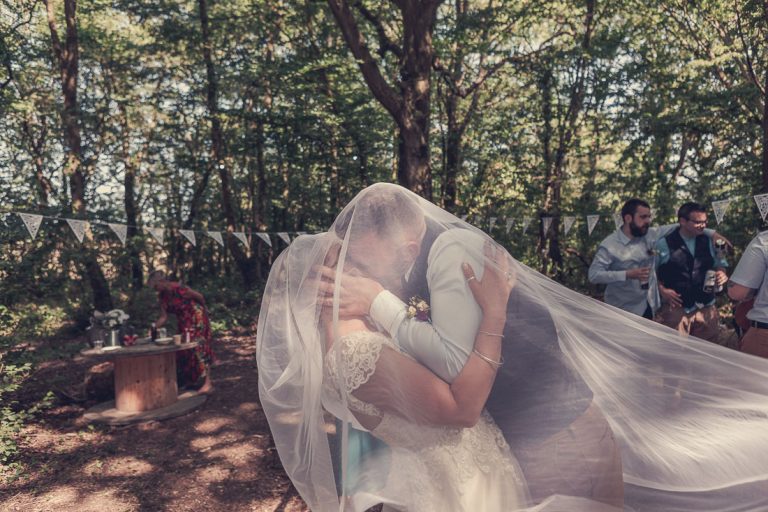